It’s Occupy Spring, Occupiers. At the San Juan County courthouse at Second and Reed Streets.  We can send a message to all the conservatives leaving the Planning Commission meeting across the street.  I will be there along with Tom and the Dog of Justice.  Who will stand with us? 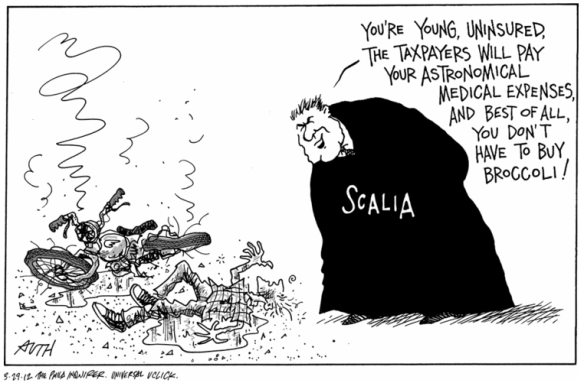 It’s going to be a beautiful day in Friday Harbor to get honks and waves from passersby who support our efforts.  Come out and show support for a progressive agenda.  See you at the San Juan County courthouse at Second and Reed Streets.

People have widely disparate impressions of what constitutes the 1%.  Okay, here’s what I always like to see.  These numbers are gathered from official IRS data for 2010 by Emmanuel Saez, Professor of Economics at Cal-Berkeley.

Now, here is a graph by Arizona Political Science professor, Lane Kenworthy.  It shows how both GDP (Gross Domestic Product) and median family income have grown since 1947.  Note that up until about 1980, income growth pretty well tracked GDP growth, but has not kept pace since (remind me again who became president about that time?).  Since GDP has continued to grow, SOMEBODY is making money, so where has all that money gone? 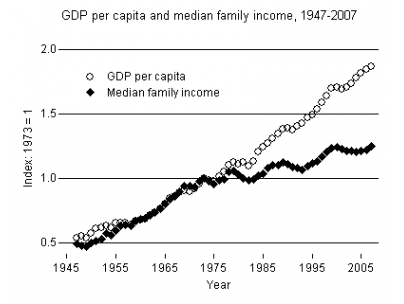 And here’s a chart from Mother Jones magazine.  It shows how much income has been gained or lost by various income groups owing to the failure of Middle Class incomes to keep pace with GDP growth.  Note how the amount lost by the bottom 80% compares with that gained by the top 1%.

How much income have you given up for the top 1 percent?

The wealth still being generated by this country’s economy is no longer accruing to the people who do the work to generate it.  Rather, it is going to a few extermely well-to-do people at the very top of the income scale.  Either we’re going to do something about that or it’s going to become the status quo.  It’s our choice.

“Be the change you want to see in the world.“
–Mohandas K. Gandhi

What’s a little wind and rain?  It oughta be almost 50 degrees!  Head home afterward and warm up with a couple of hot toddies in early celebration of St. Paddy’s Day.  See you at the San Juan County courthouse at Second and Reed Streets. 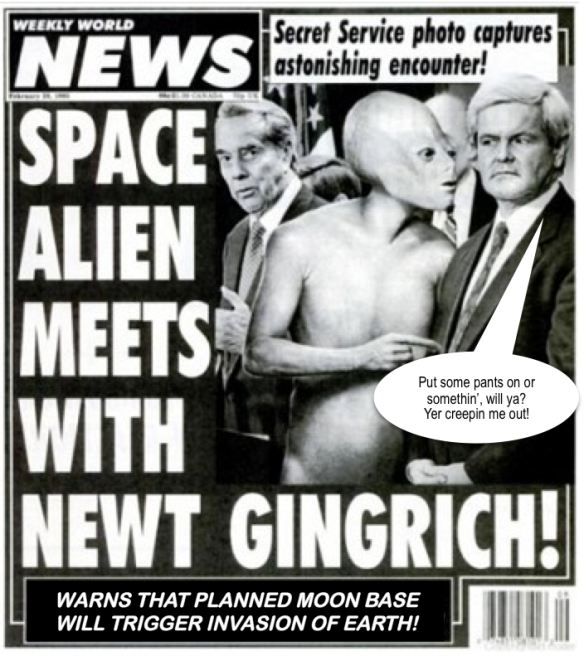 Wake up, Occupiers!  Spring is just around the corner.  It’s time to take to the streets and bring awareness to the multitudes of their precarious plight at the hands of the nefarious 1%!  Meet me at the San Juan County courthouse at Second and Reed Streets.

Occupiers, here’s a relevant re-post from Ezra Klein of the Washington Post:

(Mike Konczal) In recent months, some commentators wondered whether the national conversation over inequality was coming too late. Early data suggested that the top 1 percent’s share of national income had dropped from 23.5 percent to 18.1 percent in the early years of the recession. “We don’t want to spend years focused on income inequality, only to learn that the financial crisis fixed it for us,” wrote the Atlantic’s Megan McArdle.

In the first year of the recovery, 93 percent of all income gains went to the top 1 percent.

In other words, the very rich had a bad 2009, but an incredible 2010. Their share of national income bounced back to 19.77 percent. So inequality is marching upward once again. And there’s reason to believe this will keep going.